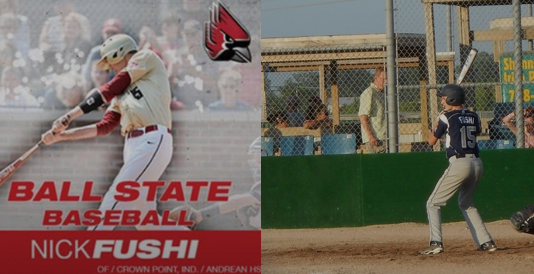 The group features four pitchers, two infielders and an outfielder.

“I really appreciate the great effort recruiting coordinator Scott French and pitching coach Dustin Glant put in to land these recruits,” Maloney said. “This group has a chance to be special. I’m very excited about the future of Ball State baseball.”

Banic is a left-handed pitcher from LaPorte, Indiana. He helped LaPorte High School finish 22-9 last spring and capture the sectional title. The lefty piled up 30 strikeouts in 38.1 innings of work to earn first team all-conference honors in his junior season. Banic finished with a 6-1 record and also recorded a save in 2017.

“Banic is a late bloomer who has good feel for his pitches,” Maloney said. “We think with our strength training program he will have a chance to be a great asset to the program.”

Fushi hails from Crown Point, Indiana, where he currently competes for Andrean High School. The 59ers went 28-9 last season on the way to earning conference and sectional championships. The outfielder posted a .340 batting average, nine doubles, four triples and a team-high five home runs as a junior. He also played two years on the basketball team.

“Nick is a tall and wiry player who is very athletic and has great power potential,” Maloney said.

Ginder is another Indiana product from Carroll High School in Fort Wayne. He was named to Prep Baseball Report’s all-state team in 2017. As a junior, the middle infielder tallied a .480 batting average with nine doubles, 34 runs scored and 24 RBIs.

“I’ve taken a lot of pride in having what I call ‘dirtbag’ players in the program and that’s a high compliment,” Maloney said. “He fits that bill perfectly.”

McCarty is a right-handed pitcher from Edgewood High School in Trenton, Ohio. He piled up 50 strikeouts in 50 innings this past spring, which led to first team all-state accolades from Prep Baseball Report. The righty holds the program record for ERA and has twice been named team Pitcher of the Year. The three-sport athlete also plays basketball and soccer for the Cougars.

“Ethan is going to end up being a power right-handed pitcher,” Maloney said. “He’s tall and wiry with a very positive upside.”

Orselli is one of two recruits from Michigan. The right-handed pitcher from Lake Orion, Michigan, was a second team all-state honoree following his junior season. Orselli helped Lake Orion High School win the league and district championships while setting the school single season record for hits (62).

“Andre is as competitive as they come with a strong arm and good moxie,” Maloney said. “He’s excelled in everything that he’s done – in the classroom and on the playing field.”

Peltier, a native of Vandalia, Ohio, helped his Chaminade Julienne High School team reach the state championship game in 2017. The middle infielder racked up 28 runs, 22 RBIs and 16 stolen bases a year ago to earn Prep Baseball Report second team all-state honors. He also lettered four years on the football team and was the league’s North Co-Player of the Year this fall.

“Ryan is a multi-sport star who is also the quarterback of his football team,” Maloney said. “He’s a talented athlete and I think he’s going to have a great future in the Ball State program.”

The final signee is Weatherly, a right-handed pitcher for Howell High School in Howell, Michigan. As a junior, Weatherly went 5-0 with a 1.72 ERA for Howell and then 5-0 with a 0.82 ERA in summer competition. He has thrown two no-hitters over the last year. Weatherly’s father played baseball at Central Michigan.

“Ty is a tall pitcher that has a huge upside,” Maloney said. “He comes from a baseball family that is very competitive and athletic. Ty has a chance to be really special.”

Ball State concluded the 2017 season with a 30-28 overall record and 14-10 mark in the MAC. The Cardinals have won at least 30 games in five consecutive seasons.