No. 11 has even more significance for Cubs hitting coach after World Series win

No. 11 has even more significance for Cubs hitting coach after World Series win.  The amazing tale takes a happy and remarkable twist

After the Cubs won the NLCS and advanced to the World Series for the first time since 1945, I wrote this story about Chicago hitting coach John Mallee and the meaning of No. 11 for him. Now that the Cubs have ended their 108-year championship drought after that amazing Game 7 on Wednesday night, I want to provide an update.

Mallee brought the framed military patches that belonged to his late father, John Sr., with him to Cleveland for Games 6 and 7, telling him: “I’m packing you up. You ain’t done yet.”

Mallee placed the frame in his locker at Progressive Field. And as the Series reached its conclusion, Mallee noted several coincidences involving the No. 11 — freaky stuff, but kind of cool, too.

First of all, the Cubs extended the Series to November, the 11th month. Game 7 was on 11/2 — the jersey numbers that Mallee and Cubs infielder Tommy La Stella exchanged before the start of the season. And the numbers in 11/2/16 add up to — you guessed it — 11!

Now all of this might sound silly, and none of it would carry the same meaning if the Cubs had lost. But anyone who has ever lost a loved one can relate to the way the John and his sister Kathy are keeping the memory of their father alive. 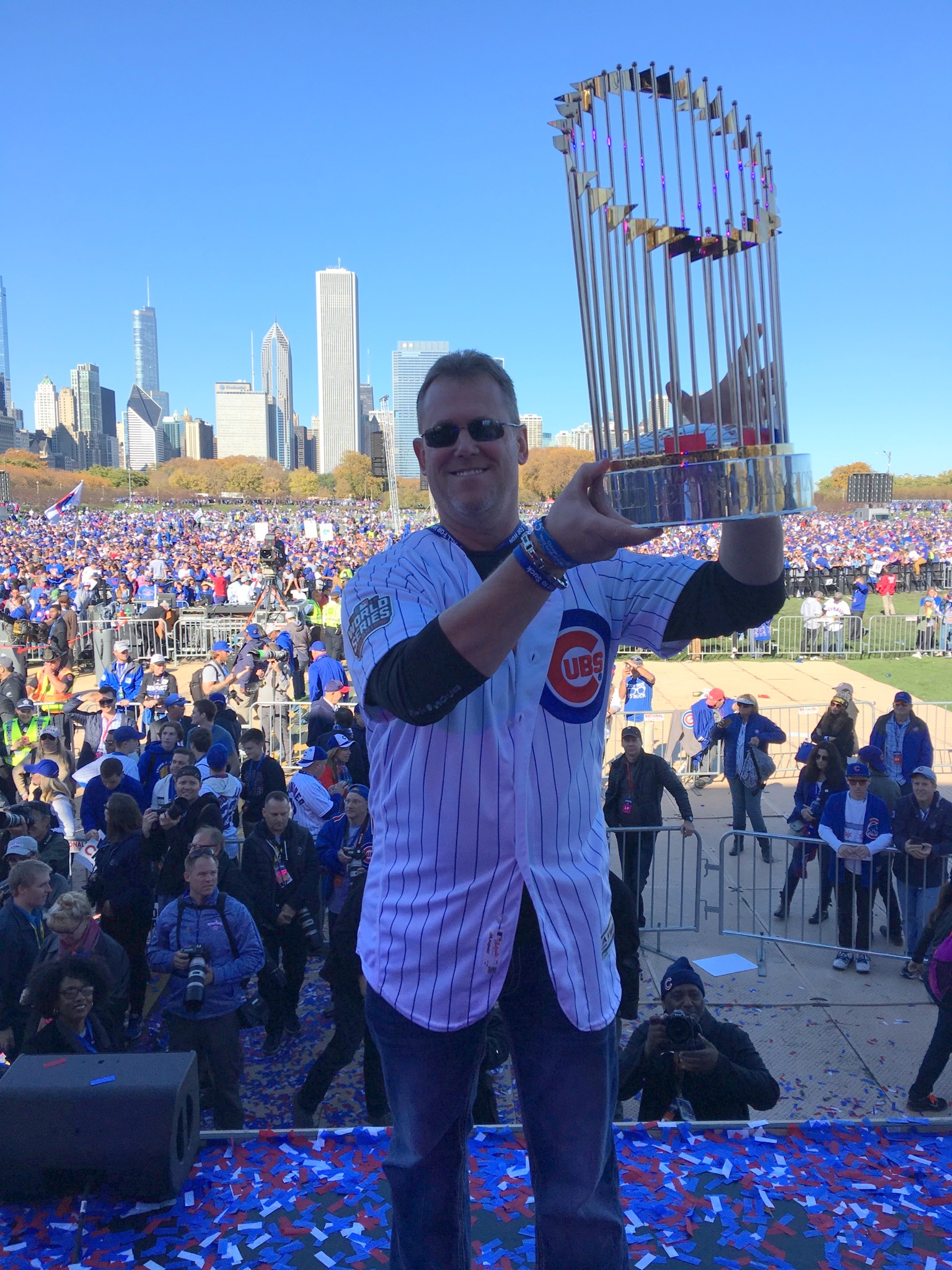